Mak King makes the comment “I recently spoke with the office manager of a very small business co-located with my company. When I told him I was involved with server virtualisation to save the company money, he had no idea what I meant, but he said that it sounded complicated. SMBs like his would likely benefit from virtualisation if it were presented in a simple way that would not distract attention from the company’s core business. If Vmware is going to make a push into the micro-business market, SMB managers need to see clearly how virtualization saves costs and energy, and improves redundancy.” I find exactly the same thing. When SMBs realise the benefits of virtualization, which few do, it becomes the only way forward.

Here’s where else they could use help from technology solution providers: 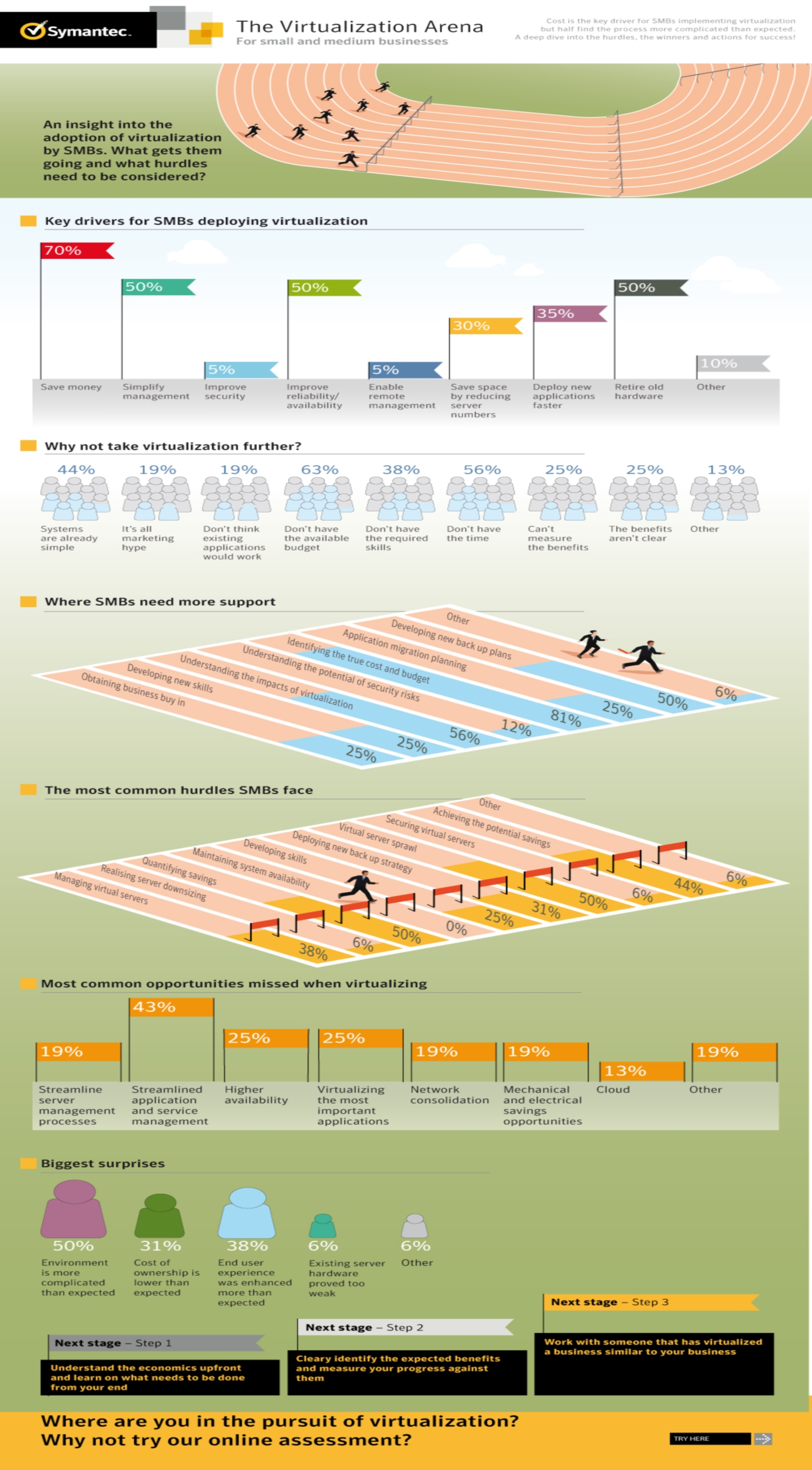